I have been so caught up in working on the new Rmy site that I’ve quite neglected Indifferent Ignorance of late. This will change when I get myself organised (so don’t hold your breath) but in the meantime I thought I’d write my first ever leap-day post! I mean, this whole blog could be biting the dust in 2016, so we should strike while the iron’s hot…

Sadly, I have become very boring of late and don’t actually have all that much to talk about. Okay, that’s a lie, I do, but I need to get my head straight first. So, again, don’t hold your breath.

I’d love to put something witty here, but my wrist’s playing up and we’re trying to spot Ross and Grant in the stands at the Holland/England game…

First off, I’ve now logged over a hundred census entries into the database, and currently have about forty more to do – although every time I blog there’s an influx of entries, and it’s open unil the end of April, so if I haven’t emailed you with confirmation yet, please be patient. I will get through it all!

Next, I’ve successfully made an email account for the new site: thewebways@hotmail.co.uk (it was you guys’ favourite name)! However, things have been tricky from that point onwards because ‘The Webways’ is actually already in existence as a website. TheWebways.com is an internet-design site, which is a far less cool meaning than the one MCR sang about, but whatever. Because it already exists, there’s no way to make a .com or wordpress.com URL. There is, however, the option to purchase, for $17, ‘thewebways.net’ or ‘thewebways.org’. My first thought was to make it ‘livingonthewebways’ instead, but that’s been taken, as has ‘MCRchives’.  So, we have a few solutions available:

It’s your call, guys. Seventeen US dollars, according to Google, is around ten pounds sterling, or around fifteen Australian dollars. Not a fortune compared with what some sites will have you pay – and the domain is bought for a year – but not fifty pence either. Do you think this is a good enough project to spend money on straight away or do we wait and see? If you contributed or used the site – which is going to be pretty damn awesome, by the way, if my flatplans are anything to go by – how would you feel about donating to buy the domain in future?

Incidentally, I will only feature projects and sites which are submitted to me; or ones I have your express permission to feature. So if you’ve got a project or site and you’d like to see it featured, start letting me know either by email or Twitter, or in a comment.

Note: I started this post by turning into an old lady and reminiscing, then getting indignant. For the census stuff, scroll down to the next lot of italics.

I don’t know what it is about famous people dying and me thinking about writing an MCR-related blog, but it’s happened again. Whitney fans, don’t get pissy, I’m not going to start spouting about substance abuse, but –

I’m so glad Gerard and Mikey got over that, and incredibly grateful to the whole of MCR that I was able to spend today reminiscing about their show at Wembley Arena this time last year, which I was lucky enough to attend.

You know, I feel old. Because, seriously, it does not feel like a year since I saw them play. It feels like a few months at most… If you’d told me on the day of that show, or the day of the one I saw at the Hammersmith Apollo, that within a year or eighteen months I’d be in the process of creating a census for the Rmy and its subsequent website, I’d have laughed. Nervously. It’s only recently that I’ve started to appreciate the effect that My Chem has had on my life and on others’, and the census has been a catalyst for that.

I’ve currently logged seventy out of one-hundred-and-thirty-five entries, at time of writing, but your stories and your thoughts have never failed to shake me awake and remind me why I started this. I did it because it’s about damn time that the whole, wide world knows, definitively, how many kids owe good times to this band. Most of the people I’ve heard from have mentioned that the public still sees us as whiny emo wimps who fight amongst ourselves over tiny matters. I don’t have  Tumblr so don’t know about any in-fighting, but not one of the stories I’ve read has said “This band wants me to kill myself.”

So let’s kill that stereotype once and for all, please.

So, most of you have gathered that when the census is finished and the data’s been put into a report or set of information (it closes on the 30th April), it will be published as a website (results will be out during the summer, because I have exams throughout May and June). The ‘register’ –  still can’t think up a cool name, damnit – will be on the same website, and of course always open to updating.

Now on to the idea I put to you about a website which would feature and archive projects you guys do. To clear up any confusion: it would not be like MCRmy.com or Zone 6. This site would not be open to comments or threads, except on a ‘comments’ page, and to get work featured you’d have to submit it. As to why I’m doing it: I don’t follow 1000 MCR fans on Twitter, I don’t have a Tumblr and I don’t spend hours on forums because I don’t have the time. This means that I don’t always hear of projects or blogs until they’ve come and gone, and if I don’t have an account for a project it can be tricky to keep track. So I had an idea for a site which people could sumbit their fansites or projects to – think CassieTheVenomous, AskPosion or Project Thank You – and they would be featured and archived. Want to find a fan-art blog? No problem, search it up or find that part of the site and browse to your heart’s content.

When I first thought of it, I wasn’t actually as jazzed as I am now, because lots of you do have Internet accounts. But here’s the thing: looking through the census results that Google Docs has kindly compiled; not everyone has an social-networking account. We aren’t all fifteen year old girls. Some of us don’t want to wade through memes, Mikey’s-knees jokes or @replies to find details of a Killjoy meetup. A few of the younger kids, I’d bet, aren’t allowed Tumblrs or Facebook or the like, so can’t keep up even if they want to. Enter this project. It’ll be hosted on WordPress, which – apart from being banned from schools because it’s a blogging platform – is a safe and well-respected site. As far as archiving goes, the whole thing would look, for example, a bit like this:

Details: Twitter, run by @CreepyFan1, that posts fanfictions. Not recomended for anyone under the age of 13, homophobes and the band themselves.

Then, if the fancy takes you, you can read that shit to your heart’s content. I sincerly hope that account doesn’t exist, on a personal note, but if it does and you want it featured, let me know.

On to the reason I’m talking you through this: the response from you guys has been overwhelmingly positive, so I couldn’t back out now even if I wanted to, and I’m currently planning the site itself. It would be a continuation of the census-and-register site, with seperate pages for each. Only problem is, I can’t get the domain name from WordPress or an email address because, so far, the thing doesn’t actually have a name. The best I’ve come up with so far is ‘Zone MCRmy’, because that’s what I thought when I had the idea; “It’d be a kind of Zone MCRmy, I suppose.”

So, if you could spare a minute, your ideas are greatly appreciated.

This has been a crazy week. I say that sort of thing a lot, but I don’t think I’ve ever meant it this much before. Seven days ago there was just one dog in the house, no such thing as the MCRmy Census (at least not publicly) and no existence of Tobi’s birthday present. 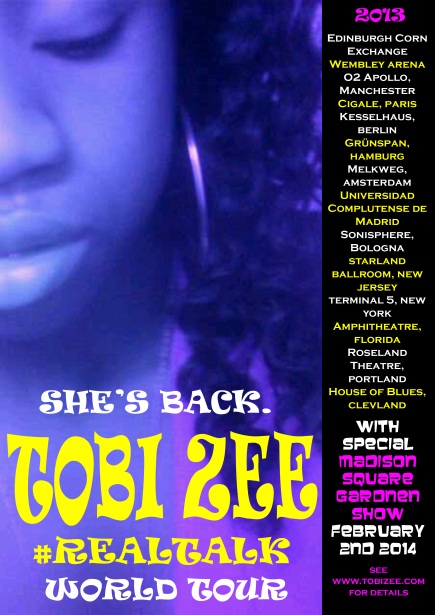 I was so excited when I made this, I had to go and show my parents (those places are real, by the way, I got them off the MCR tour archive. And Tobi is now fully expected to become a rapper and play the Garden in 2014).

The Killjoys’ response to the census has been amazing. Really, truly, brilliant. I’ve entered around twenty into Access so far, and every single person has had something excellent to say about either My Chemical Romance or the Rmy. I will find a way to share these stories, promise. Just give me a bit of time to log them all, I have a dodgy wrist and an increasingly large pile of coursework…

… And a new dog to play with! I get so excited when I come downstairs and remember Adonis is there, it’s stupid. He and Fred are fast becoming a dynamic duo of wagging tails and huge eyes that make you sit and stroke them for half an hour (Donnie) or play ball until you’re covered in dog spit (Fred). When I grow up I want to adopt all the stray dogs in the universe and give them their own basket to sit in, in front of a communal fire. If Frank Iero hears about the census, maybe he’ll chip in. We could save the world, one stray at a time. 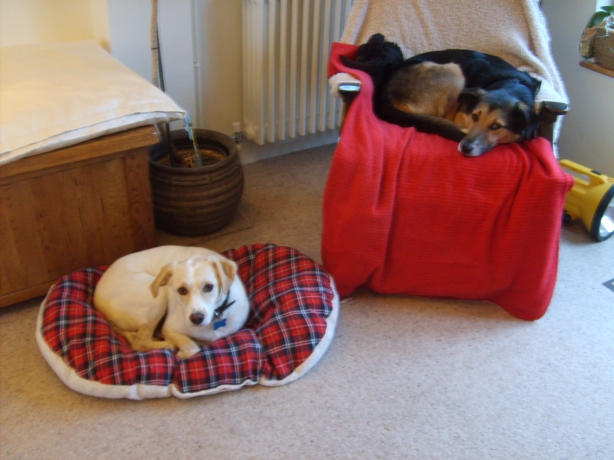